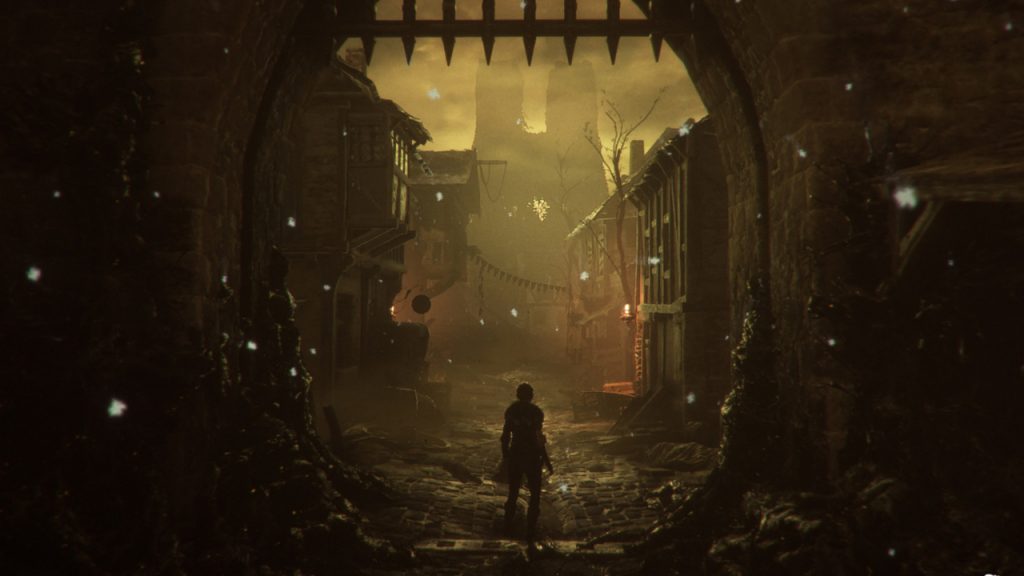 “Scribed by Evagus the Anchorite, to be delivered to his Prudence, the Protospathos Carpus Asinas. On the ninth month of the twenty-fifth year of the reign of our Emperor and three months before the Holy Night of our Faith

I. May God preserve you, my brother Carpus. I must scribe with haste and agony, and the last of my strength this epistle, forasmuch I fear it will be the final one that I manage to deliver to you.

II. I pray that my messenger escapes the strangling siege of the heathen dogs that have surrounded our walls, and finds his way to the Palace, for this might be our only chance of salvation.

III. Fear not the heretics, as they are perishing in Varazam, Carpus, but reserve your anguish for the barbarian horde that has descended upon us.

IV. For your informants have gravely underrepresented the true magnitude of the manifold calamities that have befallen our Empire. The East is razed, my brother, the flock of our Savior has been extirpated. From the northern snow-covered mountains to the scorching deserts of the southern borders, the hordes of the infidels have spread fire, and drowned the faithful in blood, ravaged the villages and the lands, reserving no mercy even for child or wool-haired.

V. Across Kapoukia the belfries are gaping silenced, and have become the nests of the flesh-eating ravens. Varazam is the last bastion that stands before the great cities of Antia and Noria, yet I am afraid our days are ending like sparrows on a snow-winter night, unless the Emperor descends immediately with the greatest of the armies to our assistance.

VI. And as you correctly assumed, it was by happenstance that I was trapped in Varazam, unable to escape, when the hordes of the one they call Khun Malan surrounded the city with maddening speed, a few nights before the sacred evening of winter.

VII. Understand now, Carpus, that I have journeyed back and forth to the four corners of the earth, I have survived with drops of water and a piece of stale unleavened bread for a fortnight in the most desolate lands, yet nothing in my life prepared me for the terrors I am currently witnessing in Varazam during this siege. You are correct claiming that the heretics abandoned the true Faith, but the perilous famine and the subsequent plague that ravaged the city is not a just punishment for the God-fearing folk who were never in favor of the lord of Varazam. The common folk of Varazam has been unjustly ensnared between an incompetent and self-serving lord, a tribe of bloodhounds descending upon them, and the Empire’s capital indifference for their grave fate.

VIII. Know that even as I write these words, my lungs fill with pestilential odors of the dead. For the miasma has strangled the city walls from the first month and never clears not even in the high winds of winter.

IX. I beseech you to be merciful to the men and women of this once proud and pious city. For its people have reverted to even devour rats and worms and I watched the mothers boiling their leather sandals with salt and their children gnawing on them slowly, in silent tears for days and nights as their only sustenance.

X. I can provide accounts of manifold afflictive calamities that have befallen us but I cannot afford the time and strength to do so, my brother. But I will record only a singular account of events, if you are kind enough to suffer it, the story of Akritus the most valiant of military officers of Varazam. A man who during the pinnacle of the early summer raids, did not abandon the northwest tower for eleven nights and days in a row, and defended it along with his spearmen against the most violent attacks of the barbarians when they raised their monstrous siege machines. For that man had a wife named Aelia and two sons, a two-year-old and a newborn, who were also trapped in Varazam. Aelia fell sick during his absence, and she came begging the lord and the nobles for milk and barley, yet she was thrown out of the palace gates, not even admitted to explicate who she was. When she insisted, and returned there in desperation, the guards served her with bloody stripes on her back, treating her as a sinful slave, even though she was holding in her frail arms Akritus’ suckling son. I can tell you—because I am usually among his guests—that the lord of Varazam has in possession quite a few of the fastest well-fed horses, and he has retained in abundance bread, wine, dried fruit, oil, and olives, but doesn’t burden to share them even with his most valiant soldiery.

XI. This all transpired only a month ago. And so—as one would expect—Aelia, the wife of Akritus suffered but not for long, for her breast milk soon turned to watery poison. First her newborn died with silent convulsions, and then she died in wailing grief, and finally her firstborn two-year-old son died of terror in the darkest corner of their abode, as his father defended night and day us, the city and the lord of Varazam, as his mother’s flesh decayed before his own eyes and exuded the vilest of odors.

XII. And they say that Akritus when he learned all this, didn’t cry or curse anyone, but chose the most despicable of deeds. He ventured from a secret gate outside the walls of our city at night. It is a gate sealed with the heaviest stones and opened from inside only for a few breaths for our messengers to escape. Akritus, hiding in the deep darkness of a starless night, approached a barbarian rider, killed him, and brought the horse back inside the inner bailey. Fast before dawn, when most were still asleep, he built a great fire, burning down even the pillars of his own house, and in that fire, he roasted the slaughtered horse. Then, pushing the tumbril himself he delivered with pain, sweat and bloodied feet, the roasted animal to the palace as a gift to the lord. And the lord marveled, not knowing anything about the merciless fate that had struck Akritus, and he asked for a feasting banquet to honor him, inviting the nobles and the proconsuls, forasmuch meat had not been seen for days and nights at Varazam. And I was there, only a few nights ago, observing the most ignominious of feasts, as the servants tried to butcher down the roasted horse carcass only to find in its empty belly, the most unspeakable of terrors. For—cover your ears in despair—but Akritus had roasted the tender body of his own firstborn and placed it within the horse to serve it to the ungrateful lord. At the sight of that abomination, the patrons erupted with incessant shouts of anger and lamentation, yet Akritus addressed calmly the lord with red-rimmed eyes and words of inconsolable pain:

“I have offered my heart and soul to protect our church and the lands of our forefathers from the infidels, yet, you lord, demand more and wouldn’t even spare a piece of stale bread for my son. So here it is, I deliver him to you, my offspring, my damnation, and my flesh, all that I have left.”

XIII. And at the sound of those words, I irreversibly realized that Varazam has become a foreground of Hell, a city ensnared by Satan. Yet, I cannot believe that God’s justice is served by delivering even the pious and the brave defenders of our Faith to the most heinous of tribes to ever walk this earth.

XIV. As for myself, I have faced in person only last night their most infamous leader, Malan, and the female hierophants and idolatrous priestesses who rule the fates of those jackals. And I am now certain, that unless God provides us with an heavensent miracle, ordering our Emperor to send help, no man, woman, or child will survive the siege of Varazam.

XV. I scribe this papyrus on my knees begging for your help, Protospathos Carpus. I fall and kiss your feet asking for the Emperor’s clemency for his true servants in Varazam. And I implore you to reconsider your metaphor, of parallelizing these lands with the hair and nails of the Empire. I know you for a great scholar of the ancient history books and a sage, and you and I both believe that an Empire is always brought to ruin when it ignores the borderlands and the farmlands. For it is when the capital of an empire succumbs to an hydrocephalus self-indulgence and self-appreciation that the peasants and the common folk of the farmlands revert to the allure of the heretics, becoming deluded victims of falsehoods. And even if you consider those lands insignificant compared to the magnificence and the brilliance of Thalassopolis I must remind you that it takes only a wound of one’s little finger to fester. Then the flesh rots and the blood becomes poison, it spreads to the whole hand, then the arm and does not stop until it reaches the heart, finally causing a most violent death. Therefore, with great zeal I must ask for the last time for your help, as I am certain that if these hordes are successful in conquering Varazam, it will not be long before you see them outside the walls of Thalassopolis—believe me, you will—and by then they will be greatly multiplied in numbers and strength.

XVI. May God preserve you and guide you and our Emperor, beloved brethren.

(Excerpt is from the book Drakon Book III: Firstblade ) 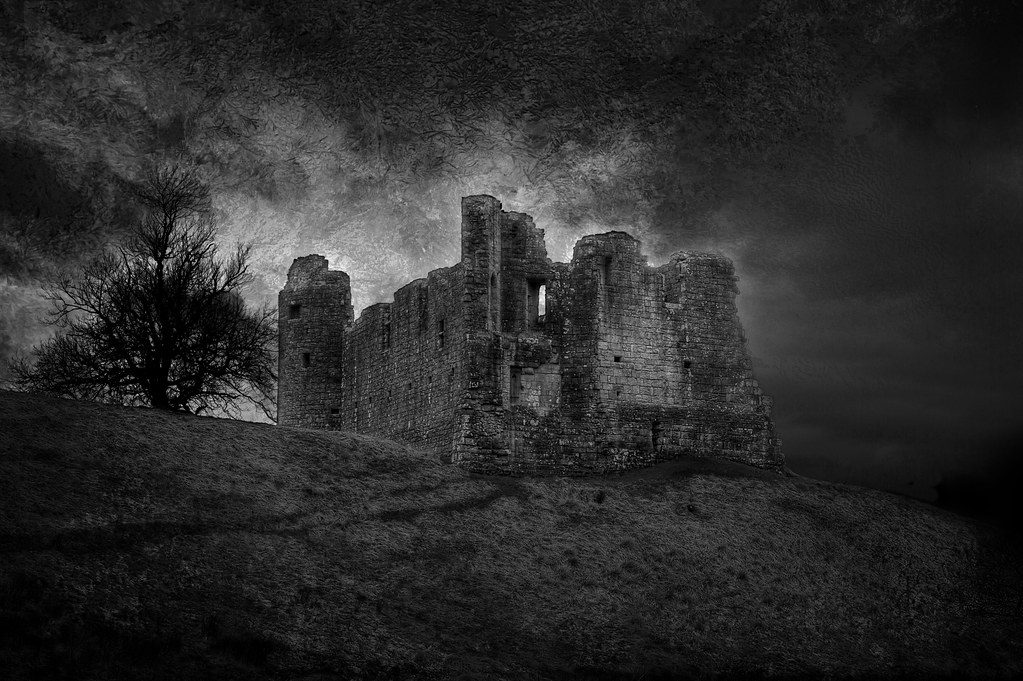