I started writing Drakon in 2013 when I decided that I had no more to give to the corporate and technology world. There was no internal struggle or debate or sudden revelation. Zeus didn’t hit me with a bolt to make me a writer, neither did Hermes. Herpes was more like it. I had waited patiently for fifteen years to write the book, always thinking that this was the one thing I would immediately do next, when I stopped working the 9 to 5, or more like 10 to 10. I was never a morning person.

I started researching and keeping notes, having four stories in my mind. Usually, when I have a story in my mind all I know is the beginning and the end. Nothing in the middle. I thought my four stories would be short and sweet and sour and would make a nice collection. Maybe two hundred pages, max all of them together. Shouldn’t one always start small? So they say, I learned later. Now I know that each one of them will be an epic saga and my first short story came out at 350K words.

And so I started this first story, researching in the morning, writing at night. And I quickly realized when I had about fifty pages that I needed a lot more. Build the world, motivation, characters. The first draft ended up at around 100,000 words. A couple of people close to me read it and liked it. Fortunately, not enough and they were right to point out that they want more. I listened.

I rewrote in a frantic pace over one hundred days in the spring of 2014, and the story became 210,000 words. It was much better. I had read Stephen King’s advice to forget the book for three months, revisit it and then cut 10%. When I revisited it I added 20%. It became 245,000 words. And still, it was running too fast at certain defining points as if the writer was so eager to write the ending that he was skipping parts.

One small detail: all this writing was in Greek. So the translator could start work in English. Little did I know at that point that I’d become the translator. And that the translated work would be 350K words. More on that later. 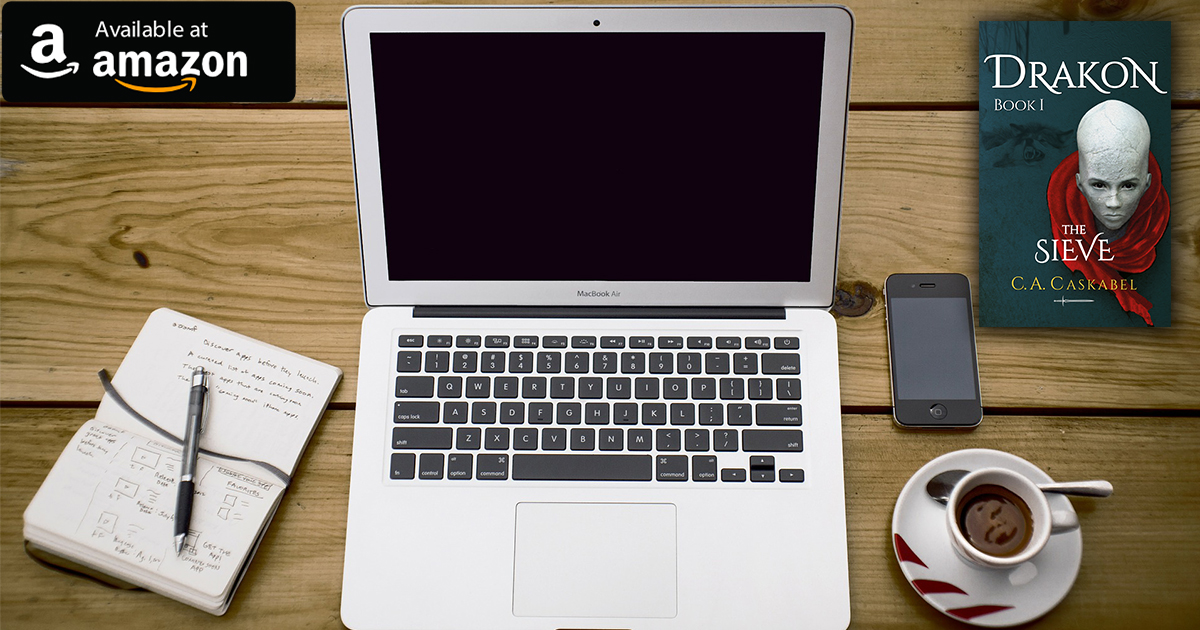