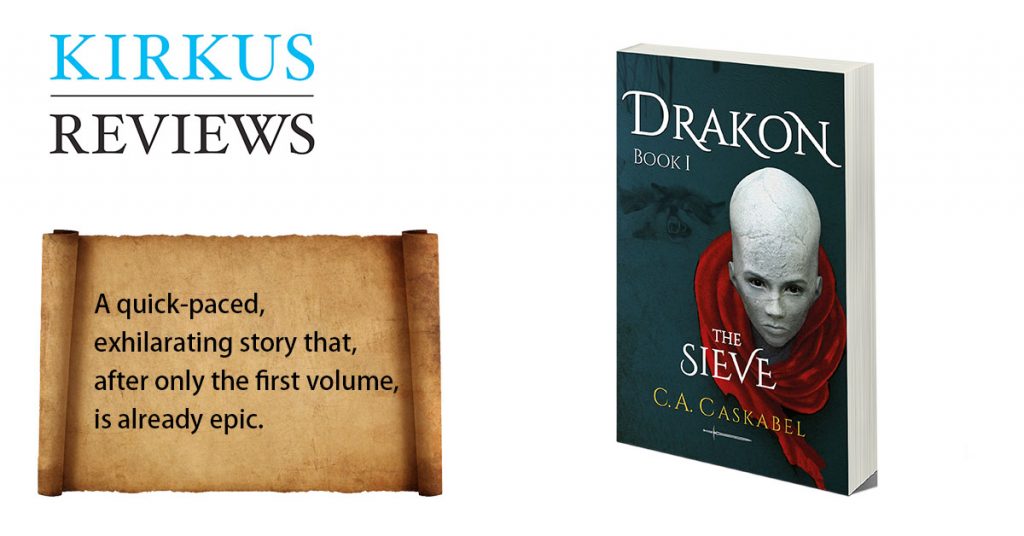 In this debut novel—the start of a four-part fantasy series—a young boy and his peers endure the Tribe’s harrowing trials to decide who will become fighters.

Da-Ren is an orphan who was born in Sirol, the big camp of the Tribe. He’s one of the children gathered by the Guides, in a tradition carried out every winter for trials known as the Sieve. This determines the kids’ destinies, whether they become warriors (an Archer or Blade) or “the help” (a fisherman, blacksmith, tanner, or hunter). The weak who fall, meanwhile, will likely be put to death. Da-Ren’s already at a disadvantage: his brown hair is a stigma (for a male), indicating his mother, who died at childbirth, was a slave from the North. But Da-Ren overhears Guides saying he’s cursed as something called a ninestar, and the Ouna-Mas (the Tribe’s Witches) “will finish him” on the Sieve’s 21st day. He braves blistering cold and bouts of hunger, tolerates hostile rival Bako of the Archers, and becomes enamored with Elbia. But fearing what horrors may await him on the 21st day, Da-Ren contemplates escaping before the Sieve is completed, especially after a sickness (his curse?) befalls the group. Caskabel opens his somber tale with the older Da-Ren, the Dark Blade of the Devil, relaying his story to monk Eusebius to redeem his (unknown) wife’s and daughter’s lives. But knowing where his path leads doesn’t make Da-Ren’s experience any less torturous. He suffers physical pain and watches others die, all in a fast-moving, bracing narrative filled with grim passages: Da-Ren “boiling in a giant cauldron of agony” or peer Matsa’s “small muscles outlined as if he were a skinned rabbit.” Nevertheless, there are instances of humor, like Eusebius referring to a monk of myriad aliases by a single name due to the cost of papyrus. Book I ends with a thorough resolution, but Da-Ren clearly has much more to tell.

A quick-paced, exhilarating story that, after only the first volume, is already epic.